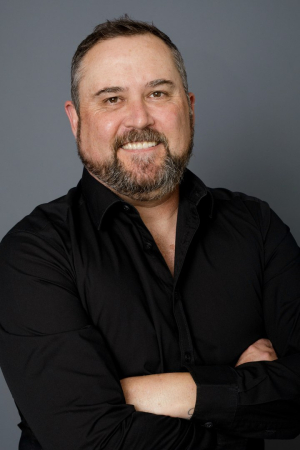 Jedd calls himself a BUM and gets away with it. That’s because the technical term Business Unit Manager is not nearly as much fun. Jedd heads up the Famous Brands account at TMS and for the past seven years, has been on the company’s management team. He’s passionate about the media industry and everything in it, especially since no two days are the same.

A self-diagnosed people person, he loves interacting on a daily basis to see what makes people tick and he’s especially excited to see how media is going to develop over the next 20 years. He is happily married with three kids and apart from his family, loves travelling, the bush and cycling.

Jedd was given his first break into the industry working on the Nissan, MTN and Siemens accounts. His skills were quickly recognised in the industry, seeing him being promoted to Media Director within a couple of ad agencies before joining The MediaShop. Jedd served as AMF Chairman for 2 years.