Traditional media not dead YET for Millennials!

Published on Tuesday, 18 April 2017 by Laiza Zikalala in Marketing 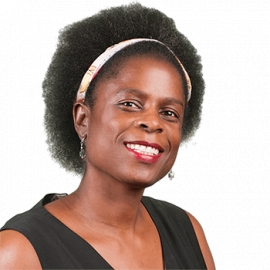 Traditional media is not dead for Millennials - yet!

According to Consumer Barometer, Millennials don't go online, they LIVE online. Some 90% of 16 to 34 year-olds go online daily. What do they do? They catch up on social networks, research and shop online and of course use it for entertainment like watching videos. They live their everyday lives with their offline and online worlds intertwined.

Even though this article is based on data from AMPS 2015, the data still reflects current Millennial behaviours.

Millennials are digital natives! They have grown up in the digital era, having access to the internet and mobile devices from the time they were born, in fact, research shows that close to half of the Millennial population have accessed the internet (yesterday), which is higher than that of Generation X and Boomers. One would think that they are more likely to spending most of their time with digital platforms, however the truth of the matter is that they still spend time consuming traditional media.

Millennials watch traditional TV, and are heavy consumers, watching 4+ hours per day, compared to their Generation X and Boomers counterparts. When comparing the trend over a two year period, viewership patterns have declined by an average of 2% across the three target audience. The most viewed channels are S1, S2, etv, S3 and Mzansi Magic respectively, however Mzansi Magic has the highest affinity for the Millennials compared to other channels.

The Connected Consumer Survey 2016, shows that 72% of Millennials view TV on an actual TV set and only 8% consume online content streamed via a TV set. 40% watch TV by going online through connected devices. 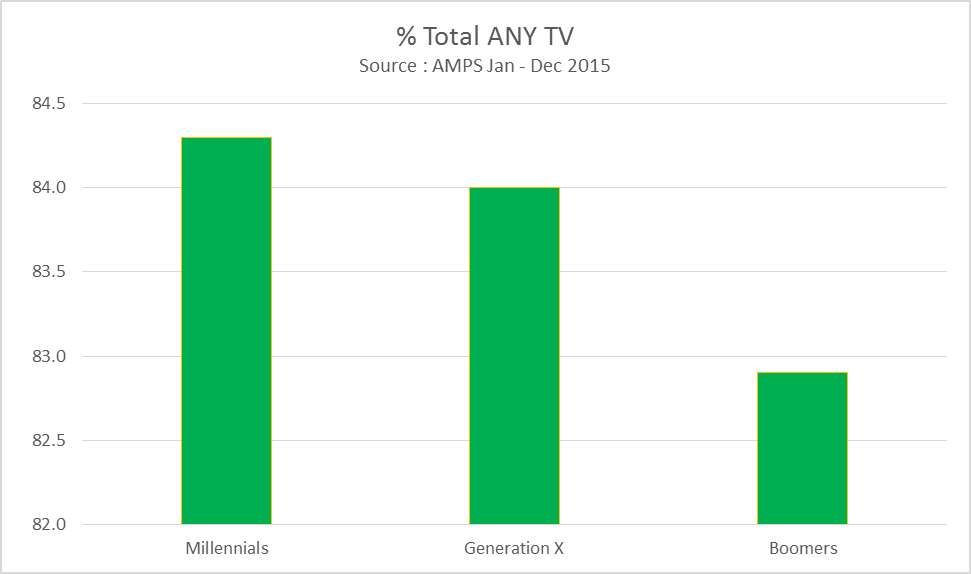 Radio listenership tends to increase with age with the majority of listenership being at home. Boomers have a higher usage of radio averaging 82%, while only 75% of Millennials have listened (yesterday data) and are using the traditional way of listening (through a radio set). The second most used device is cell phone with Millennials leading the way at 48%. This is almost double to that of Boomers and 34% of Generation Xers, which is in line with mobile usage and penetration for this market.

Millennials do read magazines, 50% read a magazine which is higher than both Generation X (48%) and Boomers (36%). However newspaper readership is lower for the Millennials with 42% having read a newspaper in the P7D (past 7 days), compared to Generation X and Boomers at 50% and 40% respectively. Generation X is more likely to read newspapers or access current news online.

In conclusion, even though Millennials live on digital platforms they still consume the traditional media platforms. They consume more TV than the older generation, but spend less time listening to radio than past generations. When they do listen, it’s usually at home using traditional methods (radios). They are more likely to read magazines than newspapers, but tend to rely on social media for news and keeping up with what’s happening around them.

We wait to see how these figures may change when the Establishment Survey (ES) goes live utilising the new reading, listening and viewing currencies.