Published on Tuesday, 11 February 2020 by Moti Grauman in Marketing 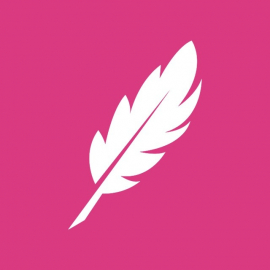 Perhaps it’s time to stop being so sensitive! Then again, perhaps we are not sensitive enough. It’s a tough nut to crack.

Towards the end of 2019, 702 Afternoon Drive Host, Joanne Joseph, featured two local ads on her show. It was only a five minute segment, but during that time she interviewed the CEO of the ASA to discuss the future of two different ads.

The first was the ‘more than a mouthful’ billboard by Kota Joe (pictured below) and the second was the radio ad for VW Amorak: Shoe Sale Country.

The radio ad depicts a man in a mall who is accompanying his shoe-shopping female partner. The voiceover reports from the scene:

“It’s dusk and you’re in unfamiliar territory, surrounded by predators hunting for fresh prey. And they found it. 50% off all shoes. They attack, lunging mercilessly. As you guard the 12 shopping bags, seated on a bench alongside the other men, you watch the feeding frenzy take place. This is Shoe Sale Country and you don't belong here, man. This is not your habitat, so go where you belong in the V6 Amarok... Visit your Volkswagen dealership for great Amarok V6 offers today, man.”

Ultimately the podcast of that 702 discussion was entitled: “Gender Stereotyping in advertising”.

To be fair, that’s exactly what Joseph was discussing, and it was certainly claimed that Gender Stereotyping was evident in both pieces of creative.

During the show, the ASA CEO agreed that the Kota Joe ad was sexist, and that it objectified women as nothing more than sexual objects for the gratification of men. But that may be a bit of a stretch.

No doubt, many would agree it’s not a fantastic ad, but extrapolating the entire meaning of women in the minds of all men from one photograph in bad taste, is a bit ambitious.

As it turns out, the VW Amarok Radio ad which ran on 702, was actually banned by the Advertising Regulatory Board (ARB) on the grounds that it was Gender Stereotyping.

This was widely reported at the time, and recently Professor Goldstein, the original complainant against VW for the Shoe Sale Country Ad, wrote an article defending her position. I recommend reading it in order to understand her motivation and to be able to reach your own conclusions. In her article, Professor Goldstein raises some pretty scary issues prevalent in SA society. There are indeed problems, and we need to be aware of them.

I just struggle with the assertion that a Radio ad causes or perpetuates these problems.

How do we differentiate between communication or products that are truly offensive, or dangerous, and communication or products that are simply lacking in sensitivity toward consumers outside of their intended audience? Right at this moment consumers can buy Auschwitz-Birkenau themed beach towels online, but not a Country Road bag in colours reminiscent of the old SA apartheid flag. The latter having been removed from stores due to pressure by consumers. By that standard, shouldn’t we all be boycotting Visa based on their old logo? 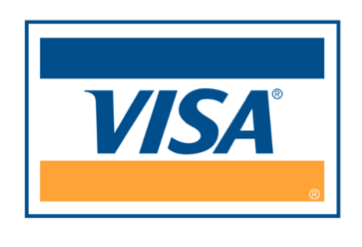 Perhaps we are taking it all just a tad too far?

Where do we draw the line between stereotyping and the holy grail of advertising, the elusive “Human Truth”? That is the insight into our consumers, that’s true while simultaneously being humorous, frightening or exciting, that causes an emotional reaction that makes advertising resonate with us.

Something that isn’t stereotypical would be irrelevant to most consumers.

Is it true, as the VW complaint contends, that the advert demeans women? That it says that “they are like predators, in a feeding frenzy – building into the stereotype that women are superficial and consumerist, relying on men to provide”?

To be honest, I don’t see it? The ad implies that some women like shoe sales. Well, that’s true.

Is pointing that out and exaggerating the enthusiasm a good strategy for selling cars? Perhaps not, but is it really,…..really dangerous?

To quote from Professor Goldstein’s article: “According to the UN Human Rights Office harmful gender stereotypes are one of the “root causes for discrimination, abuse and violence…”

I don’t doubt that for a moment. But is this ad a Harmful Gender Stereotype? Some people think so. Others disagree.

As a society, are we too easily offended by ads that don’t strike the exact right chord in their consumers and begin a witch hunt ultimately causing a storm in a tea cup?

In both cases, the ads got a lot of more coverage from the reaction to them. The VW ad banning was covered by a few media platforms including Business Insider, Car magazine, 2Oceans Vibe and Bizcommunity. These articles were later referenced on chat groups and shared to social media. Had the ads just run, they would both be long gone, but both the Professor and I are still writing about them.

Brands don’t seem to be able to win because you can’t please everyone all the time. In March last year, “@TheMedicalShots” tweeted the following image, with the caption: “This is cute isn’t it”? 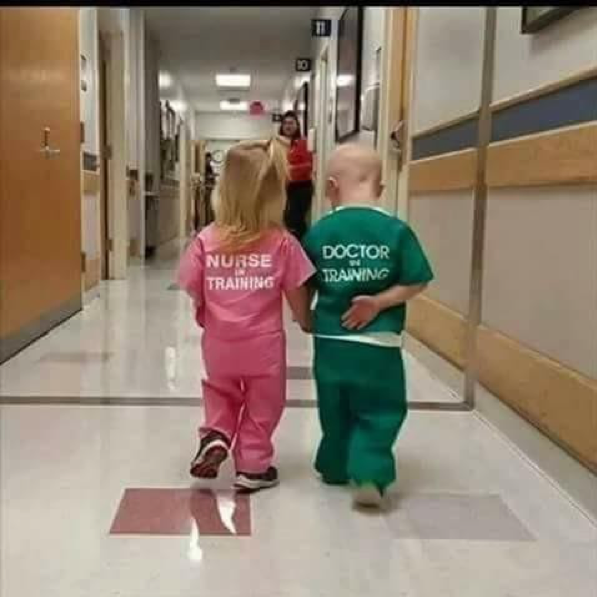 I thought so, but the backlash was intense!

One user responded: “How did you tweet this from the year 1950?” Another replied: “Nope. It’s tacky and misogynistic. Delete your account.”

A user demanded that they delete their account because she didn’t like what they said? How self-entitled and sanctimonious is that? Why didn’t she just unfollow?

The problem, of course, is that the girl isn’t the doctor. But had she been, men might have been offended. Why didn’t they make them both doctors? That would have offended Nurses. It’s clear to me that this isn’t a statement of how the world works, or the unlimited capabilities of the female gender. It’s just a cute picture of some toddlers holding hands.

Why can’t it just be that?

A few years ago, I saw an ad that literally knocked the wind out of me. The ad was entitled: “Dad is Leaving”. It shows a teary man hugging his little girl goodbye, with bags packed by the open front door. The catch phrase is: “If there’s no Jacobs, it’s not worth stickin’ around”.

I hated the ad, it truly offended me. How can the brand possibly prioritise coffee over family? But that ridiculous comparison was exactly what made it so funny to the many other consumers who saw it. 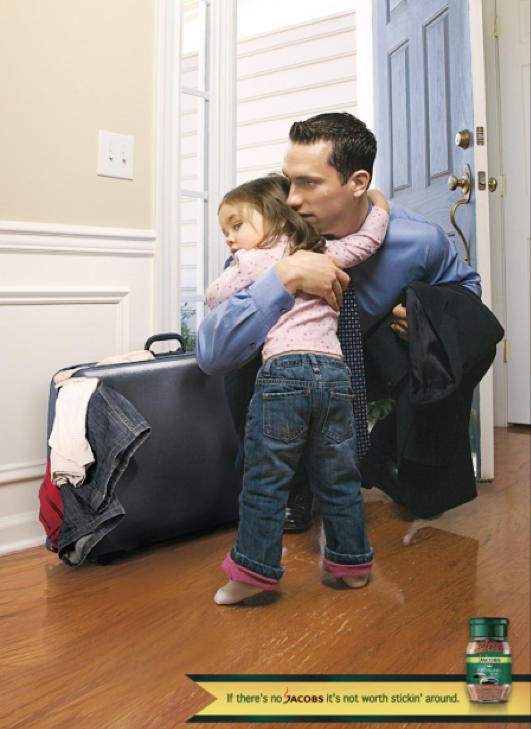 In truth, I don’t buy Jacobs Coffee, but I do think of that ad every time I see the brand. Does that make it a good ad or a great ad?

Advertising is an art form.

Can we condemn and punish brands every time they misjudge their audience? Or should we quietly protest bad ads in the most effective way possible: By not buying their products……..

We really don’t have any standard measure for defining what is truly offensive and harmful. My reaction to the Jacobs Coffee, VW and Kota Joe Ads was personal. Society isn’t bound by my reactions and I shouldn’t be bound by anyone else’s. Unless someone is being physically harmed or denigrated, I feel that ads should be free to run and to face whatever reaction individual consumers have.

Self-care Sundays and how brands can get involved

2020 has been one for the history books!

Pockets of opportunity can always be found in adversity

First World Problems during a pandemic