Published on Thursday, 18 June 2020 by Andile Qokweni in Marketing 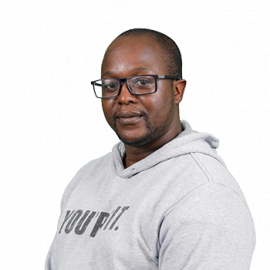 Live sport in 2020 came to a crashing halt thanks to the Coronavirus pandemic taking it from our courts, stadiums and most importantly our screens. Globally, the absence of live sport amongst sport lovers feels like a pandemic all on its own. This is the first time that all sports programmes were cancelled since the onset of World War II.

Sports broadcasting began in the early 1900s with the first live sports broadcast in 1939 in the USA, a college baseball game broadcast by NBC. What’s important to note however is although a few events had been broadcast before 1939 all of these were to limited audiences and markets as very few people had TV sets globally.

While television has had a huge impact on sports, it also played an important role in the development and growth of television. During the early days of commercial broadcasting in the 1940s, the networks relied upon broadcasts of sporting events to increase demand for TV sets.

In the 1960s, sports programming underwent a major change. Rather than simply providing viewers with film footage of the event itself, the networks started offering special features that turned sports into high-quality television entertainment. In typical American fashion, it was merging showbiz and bringing appeal and pizzazz to an industry, which previously only brought functionality. Sports broadcasting as we know it today, a billion dollar revenue industry, was born and with it all the accompanying marketing and advertising related opportunities.

The rise of dedicated subscription based sports networks like ESPN, Skysports and Supersport provided TV viewers with more coverage of athletic contests than was ever available before. The broadcast and cable networks began competing for the television rights to major sports leagues and events. As demand for TV sports contracts increased, the prices the networks paid rose dramatically.

The shutdown of the entire sports world has had a negative effect on multinationals as big as Walt Disney, the parent company of ESPN, which has long relied on huge profits generated by its suite of ESPN channels in the USA. The virus outbreak unfortunately comes at a time when the global trend is to move away from paid subscriptions to online streaming platforms. We’ve seen similar pictures in Europe where monopolies like Sky are sharing the market with smaller more flexible platforms like Eurosport and BT Sport.

Not only are the big multinationals having to adjust to the changing landscape of the broadcasting business but added to that we have the pandemic, which as mentioned upfront, has been cancelled for the first time since World War II. So what does the future hold? Sport will be forced to evolve and adapt as it did throughout the 1900s and early 00s.

ESPN has countered the trend with the launch of its streaming service ESPN+ — which is an eventual replacement for the traditional pay TV subscription — and the inclusion of its channels on internet-delivered TV services such as Sling and Hulu Plus.

For the first time since its inception in 1998, Sky Sports ran a headline from its parent company Skynews as the lack of news or relevant news came to the fore at the height of the Coronavirus epidemic. Subscription prices dropped to an all-time low and the lack of new content forced the broadcaster to make meaningful connections with consumers by providing exclusive content through live Zoom and Microsoft Teams video communication.

Supersport for the first time since its own inception was screening a cocktail of the finest sports-based movies with a sprinkling of its viewers’ best moments from the past two decades but in here lies the magic of sports and broadcasting.

Being in the sport industry means that you are in the entertainment business. Rather than selling a product you are selling the anticipation of what is going to happen and you need to give consumers memories to take away.

Importantly, it is the memories that keep sport fans coming back every season. For this reason, sport as a business will evolve and find new and more meaningful ways to connect with its consumers, the industry did it after World War II, it can do it again.