The Internet of Things

Published on Monday, 22 November 2021 by Megan Walker in The Mediashop news 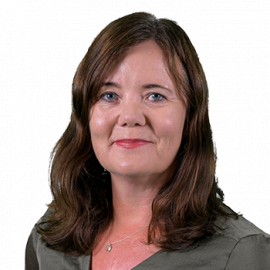 Megan Walker, Senior Media Strategist at The MediaShop, looks at the Internet of Things in the retail and media space

On the back of helping my son with an IoT focused school project, I naturally started thinking around the subject of IoT in a business context, and as is my habit I started by looking at the definition. It says: “The Internet of Things (IoT) describes physical objects (or groups of such objects), that are embedded with sensors, processing ability, software, and other technologies, that connect and exchange data with other devices and systems over the Internet or other communications networks”.

Throughout the history of computing, the fundamental goal has been data processing. This involved carefully collecting, curating and storing data to be processed by machines.

In essence IoT is the interconnection, via the internet, of computing devices embedded in everyday objects, enabling them to send and receive data. So, it is the concept of connecting any device (that has an on/off switch) to the Internet, and in some instances to other connected devices. Examples include an extraordinary number of objects of all shapes and sizes from smart microwaves, which automatically cook your food for the right length of time, to self-driving cars, whose complex sensors detect objects in their path, to wearable fitness devices that measure your heart rate and the number of steps you’ve taken that day, then use that information to suggest exercise plans tailored to you.

In investigating IoT, I found an article listing a number of historical and interesting facts and for extended context, at least five of these were well worth sharing.

IoT is changing and improving many fields; amongst them production, distribution and courier services, retail, commerce and health. These are some of the fields being affected by IoT at an ever-increasing speed. But since I work on the Shoprite account it is only natural that I specifically look deeper into examples of how IoT has and will continue to shape and impact the retail sector.

All of the above are examples of IoT which help save the retail industry downtime, manage losses and essentially try to control costs. All while servicing their customers in the best way possible. And as Shoprite like to say, any savings they make can be passed on to their consumers.

Closer to home, as media and advertising people, IoT is already prevalent and shaping the way consumer data is both available and able to be utilised.

Web advertising platforms like Google and Facebook have already figured out how to personalise our internet usage habits, but the IoT lowers the barrier to entry by increasing the available sources of personal information. Connected devices quite literally connect all of our online profiles, allowing advertisers to build individual consumer profiles of each person easily. This equals more personalised, more effective marketing campaigns.

Connected devices will have the ability to compile much more data about our entire population than we can imagine. As a result, there will be a growing need to find better uses for this influx of data - big data will be more important than ever. We can expect to see more big data companies specialising in explaining and providing insights about the Internet of Things to their consumers, healthcare providers, manufacturers, and even insurance companies. The swift explosion of the Internet of Things has already created a bigger market for social media platforms, websites, and apps that help people manage their Internet of Things devices, and expect more of the same in the future.

In conclusion; if like me you were previously less familiar with the term ‘The Internet of Things’, hopefully this blog article will have you feeling like you understand the concept and scope of IoT just a little better. And I leave you with this though - while much of the attention in the IoT world is around the explosion of software in everyday devices, another technology revolution is happening that might be even more far reaching in impact. The cloud itself is changing from a place where data is collected and stored to a place where it is being interpreted and understood through the power of machine learning.

Machine learning for IoT is already being used to project trends, detect irregularities and much more, as mentioned in the article above. The power of machine learning is really at the point of just having the surface scratched, there are many who believe that as machine learning technology improves in the future, there will be tasks that would be increasingly done completely by robots with A.I.

But that’s a subject for another blog.

How the fast-food industry adapted to survive

How does company culture and leadership impact on Innovation?